Adrianna Of The Cute White Stars 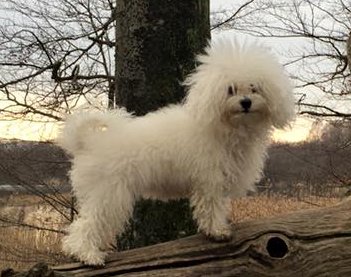 Adrianna is our second Bolognese female and comes from Sabine Scholz, kennel Of The Cute White Stars, in Tyskland.

Adrianna has been shown in many different countries with nice results. She has been placed as best bitch at the radon in Rome and won the open class at the World Dog Show in Helsinki 2014.

At the eye examination 2016-12-15 Adrianna got two remarks, vitreusprolaps and cataract. Since they are classed as hereditary she will not be used in breeding anymore. It is important for us to follow how her eyes developes and thereby she will be examined again. We also finds it important that her puppies are tested. Two of the puppies from the B-litter, Beda and Bertil, have both checked their eyes and are clear. 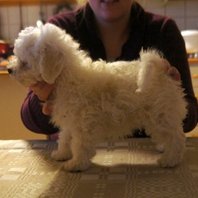 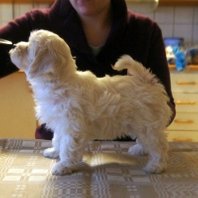 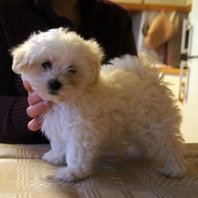 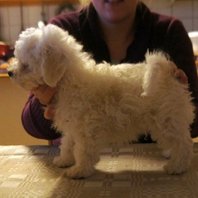 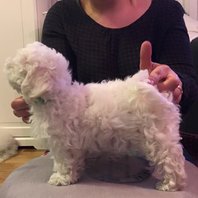 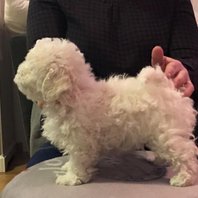 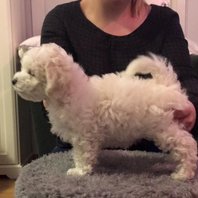 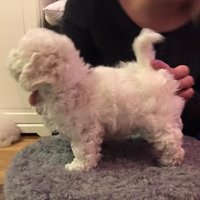